Last week’s shoot was actually a break in the journey back from Bath where I’d been to a friend’s 50th birthday party.  There’s a lot of great architecture in the city centre and with just four hours I was scratching the surface really, so I had to be quite selective – and it was mainly modern buildings that I had in mind. 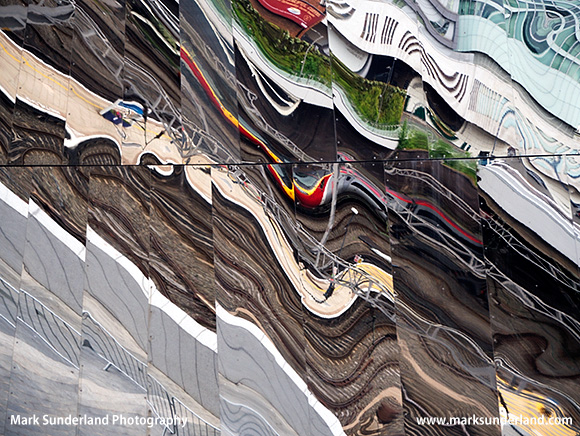 I’d photographed the well-known Selfridges building (featured image) in the Bullring before but that was worth another look before heading over to the new Grand Central shopping centre at New Street Station.  I’d seen inside this new building on my way to the Photography Show earlier in the year, but this was my first look at the outside.  It’s very impressive with lots of shapes and reflective surfaces producing a wealth of abstract images – such as the train arriving at the station above. 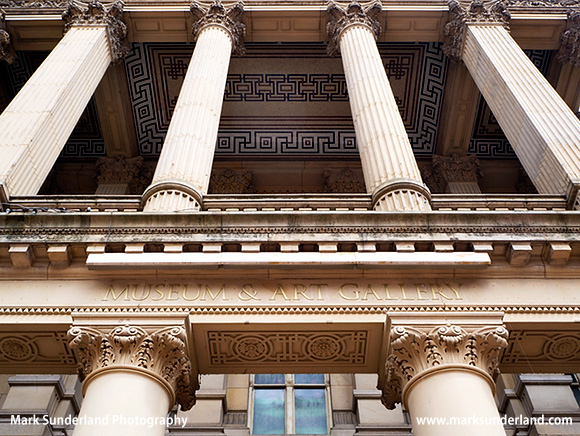 From New Street I headed over to Victoria Square where older neoclassical architecture was more the order of the day in the form of the Council House and Town Hall and behind these opposite the (under redevelopment) Chamberlain Square the attractive Museum and Art Gallery with its ornate portico. 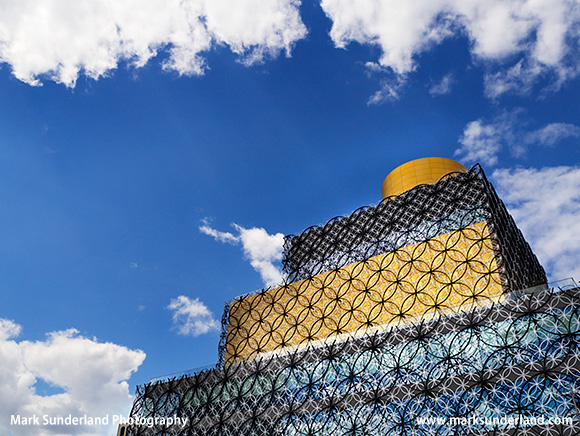 Next was Centenary Square with its mix of old and new buildings all of which were worthy of photographing but the striking postmodern Library of Birmingham particularly caught my eye with its amazing blue and gold tiers and spirograph-like patterns. 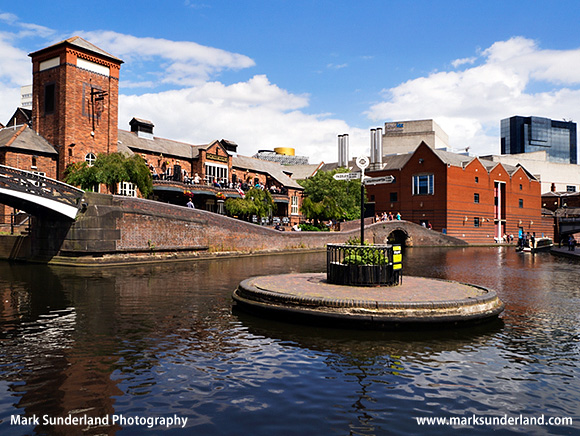 Heading through the ICC I had a stroll along the Birmingham Canal to Old Turn Junction.  The canalside was bustling with lots of busy bars and restaurants but it was still a peaceful break from the city centre away from any traffic, other than the odd narrowboat passing by. 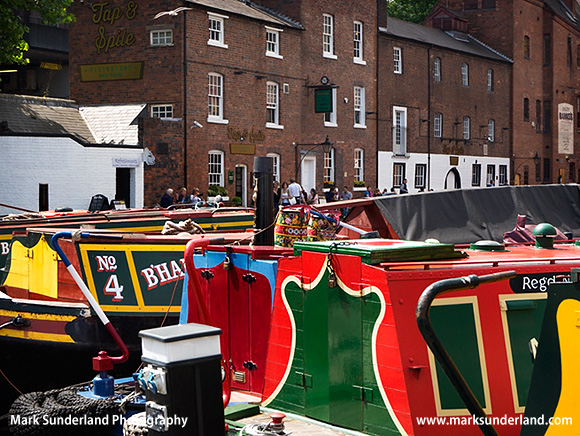 From Old Turn Junction I headed back along the other side of the canal down to Gas Street Basin at the start of the Worcester and Birmingham Canal.  The rather industrial name doesn’t quite conjure up the modern canal basin populated with colourful narrowboats and flanked by waterside pubs. 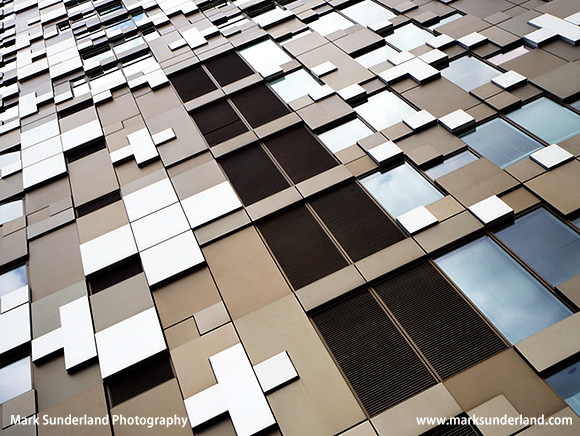 Further along the Worcester and Birmingham is the Mailbox with shopping and restaurants next door to more impressive modern architecture in the form of The Cube (above). 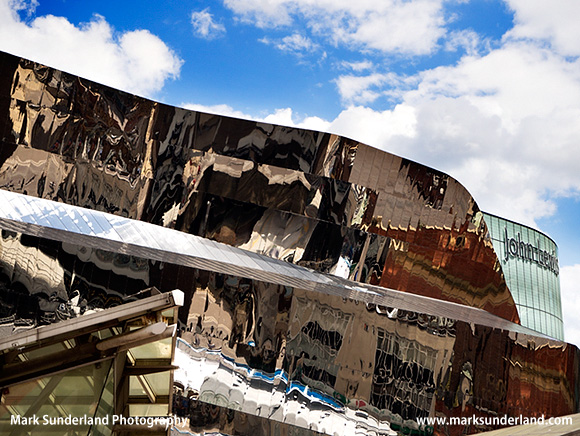 Heading back towards the city centre I just had time to get a few more abstract shots looking at the other side of the Grand Central building before continuing my journey home, pleased with what I’d managed to do in the time available but disappointed I couldn’t stay for a dusk shoot.  With the amount of work continuing in the city centre I’ll certainly be back for another look when I have more time!