During my recent trip to St Andrews I had my first visit to the nearby Tentsmuir Forest, which is an easy walk from Tayport on the northern Fife coast so I combined exploring the forest with a dusk shoot at Tayport harbour.

I picked an afternoon with the most overcast and still weather forecast of the few days I had in Fife knowing that this would be best for the woodland and I’d still get some nice long exposure shots at the harbour after the sun had gone down.  The bus from St Andrews to Tayport goes down to a turning circle on the eastern edge of town which is right at the start of the walk into the forest, so within a few minutes of arriving I was amongst the trees.

The light was perfect for woodland photography and the lilac hues in the pine trees (it’s mostly Scots Pine) were very noticeable.  I walked through the woods all the way to Tentsmuir Point and then back along the edge of the forest where it meets the beach and dunes of the Tentsmuir National Nature Reserve – including Tayport Heath on the approach back into the town. 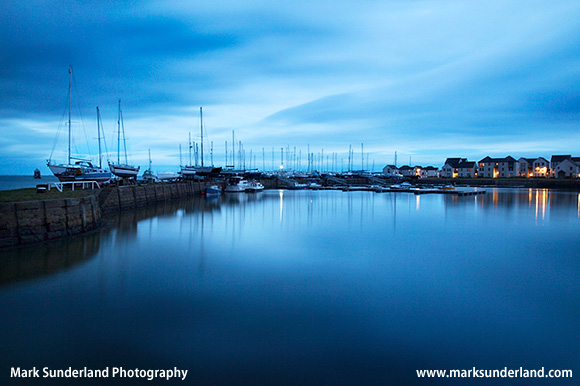 At the end of the afternoon as the light started to fade I made my way along to the harbour and waited until well after sunset for the best blue hour conditions as the lights around  the harbour started to come on.  Moving along the quayside to opposite the harbour entrance seemed to give the best angle with the old Pile Light visible out in the Firth of Tay (featured image, top).  The Tayport Pile Light was built in 1845 and deactivated circa 1960. 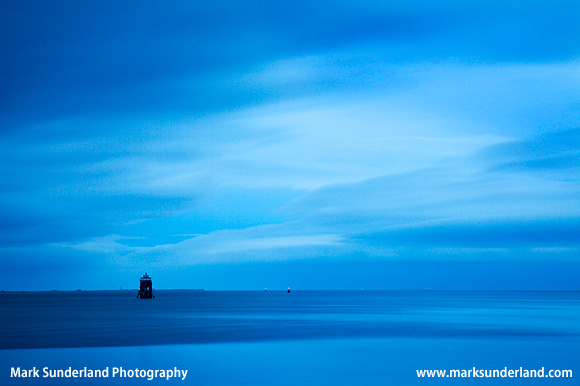 As the light faded the were some nice shapes in the clouds above the old lighthouse, so I concentrated on that for the final few shots.