I’m progressing steadily with the processing backlog and am looking at images from a couple of trips to Ribblehead in the rugged three peaks area of the Yorkshire Dales at the moment.  It’s a great place to explore by train, with Ribblehead station being just a short walk from the impressive Victorian viaduct striding across the valley.

It’s worth gaining a bit of height on the path past the viaduct heading up toward Whernside where there are fine views to be had of the viaduct with the flat-topped peak of Ingleborough in the distance.

Overcast conditions are fine for moody shots, and with the sun’s position in the late morning it probably looks better than on a bright sunny day anyway.  I was there at that time specifically to catch one of the many steam trains crossing the Ribblehead Viaduct in the summer months.  This one is the Dalesman service hauled by 46115 Scots Guardsman, for those interested in that sort of thing!

It was quite busy with photographers on the hillside as the steam locomotive went by, but most people sloped off after it had gone, leaving me with most of Ribblehead to myself!  So I set off along the road to Gauber at first, with great views over meadows to the left of the road.

After a while I picked up the path which skirts the lower slopes of Park Fell.  There were fine views of Ingleborough and Whernside throughout my walk, but this was the only spot with a good viewpoint for the third of the Yorkshire Three Peaks, Pen Y Ghent way across Ribblesdale in the distance. 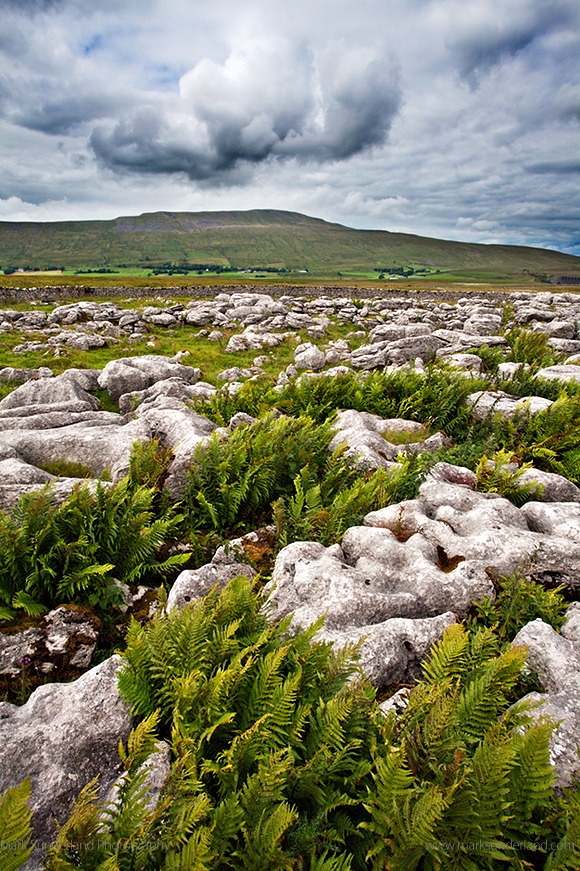 I continued on the path to Sleights Pasture Rocks, a lovely area of limestone pavement with attractive ferns growing in the grykes, and a nice view toward Whernside in the distance.

There was a wealth of subject matter around this area for the landscape photographer with views across limestone to Ingleborough in the other direction, plus various large boulders which made interesting subjects themselves. 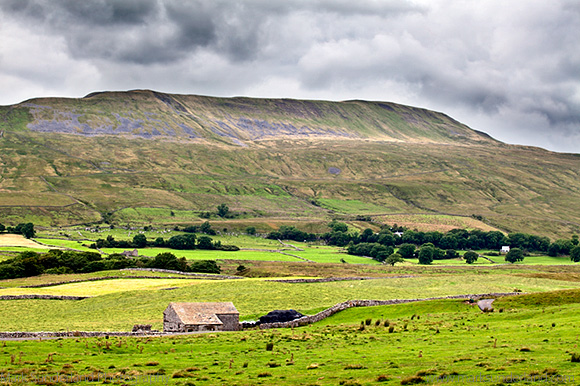 From Sleights Pasture I followed the path back to the Ingleton road, crossing this and heading back towards Whernside with a field barn and dry stone walled meadows below the slopes of the highest of Yorkshire’s Three Peaks. 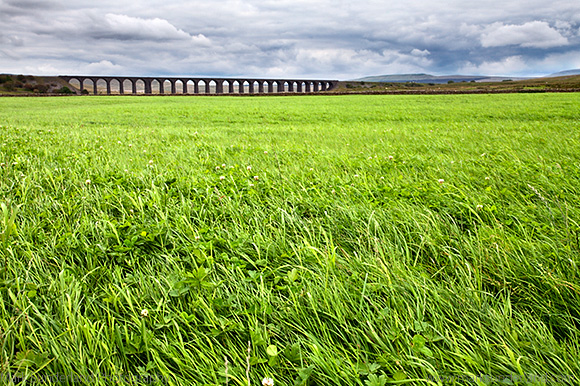 I followed the lane and then paths across the valley back towards the viaduct, which had barely been out of view on the whole walk!